On 21st January, ten brave conservationists from collections across the country will be risking their lives by climbing the treacherous Mount Kilimanjaro in Tanzania. The group is hoping to raise the profile of the European Association of Zoos and Aquaria’s Pole to Pole campaign. The EAZA initiative is hoping to make more people aware of the impact that the middle region of the planet is having on the polar caps and the wildlife within them.

To prepare for the ascent, the team have been in training for months to ensure that their fitness levels are at a high enough level to succeed. The gruelling schedule has included practice climbs of Kinder Scout, Cader Idris and Britain’s own tallest mountain, Snowdonia. This is in addition to an intense fitness and training regime.

Rebecca Willers, Curator Shepreth Wildlife Park explains, “Last year myself and 5 others swam across the English Channel, raising money for conservation. This time we wanted to do something a bit different and also demanding, so that we felt we were really achieving something for our charities. But I think nothing could prepare us for this. There are so many factors to consider, including the lack of oxygen at altitude! This will be by far the hardest thing we’ve ever done.”

The Pole to Pole Campaign was set up by EAZA and the American Association of Zoos and Aquaria (AZA) to try and encourage the public to make a small change in their behaviour to help with preserving the climate.

Lesley Dickie, Director of EAZA explains, “Climate change is such a huge thing for humanity to tackle, and most people are a bit over-awed by it. But if everyone could make one small change in their behaviour, it could have a huge collective impact. So we’re focusing on small things, such as asking everyone to unplug their mobile phone chargers once their phone has finished charging. Combined, our efforts could save a huge amount of energy and pollution.”

As well as raising awareness for the Pole to Pole Campaign, each member of the team is raising money for their own chosen charities. Rebecca is raising funds for both 21st Century Tiger and The Shepreth Hedgehog Hospital, both integral in saving the lives of tigers and hedgehogs respectively.

The team will be starting the ascent on the 21st of January and is expected to take seven days in total. For more information, please contact Rebecca@sheprethwildlifepark.co.uk or visit www.justgiving.com/Rebecca-Willers 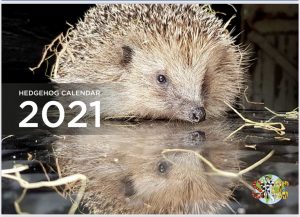 With 73 hedgehogs getting ready for release next month at Shepreth Wildlife Park, one little hedgehog is desperately looking for love. ‘Valentine’ aptly named by Hospital Manager, Natasha Ennew, was brought to the Shepreth Hedgehog Read more…