Hedgehogs in History, Literature, and Folklore

Hedgehogs have been a huge part of many cultures throughout the world for centuries. You can find them in stories and folklore. Sometimes they evoke awe and sometimes fear. Let’s have a look where our spiky little creatures have popped up

The ancient Egyptians liked the hedgehog. They showed this by having hedgehog amulets which meant it was considered a “good” animal. This was probably due to them seeing the hedgehog as a symbol of re-birth, due to the fact they hibernate when food is scarce and re-appear when food is plentiful. It is possible they thought the hedgehogs had risen from the dead when they observed this behaviour.

During medieval times people believed they would carry fruit on their spines! Definitely not true as hedgehogs walk with their spines flattened down.

During the middle ages, they were seen as harbingers of doom. They believed if you saw a hedgehog bad things will happen to you. We see them every day and we’re all fine – so not true.

It was also believed they stole cow’s milk at night – very unlikely as they are a bit too short to reach a cows udder! Plus milk is very bad for hedgehogs and would make them poorly. There could be a bit of truth to them being egg thieves however, as they will eat broken/damaged eggs.

The most obvious reference is the industrious washerwomen Mrs Tiggywinkle. First published in 1905, Beatrix Potter changed the way we thought of hedgehogs from something not so good into something charming and adorable!

Shakespeare routinely used the word ‘hedgehog’ as an insult! In King Richard III, Anne calls Richard a hedgehog; in A Midsummers night’s dream the hedgehog is linked to several other ‘unpleasant’ creatures “You spotted snakes with double tongue, Thorny hedgehogs, not be seen; Newts and blindworms, do no wrong; Come not near our Fairy Queen.”
Lastly, his witches in Macbeth also used a hedgehog in an incantation “Thrice and once the hedge-pig whined.”. Mr Shakespeare didn’t think so highly of the poor little hedgehog.

Lewis Carroll’s 1865 novel, Alice’s Adventures in Wonderland, had the Red Queen using hedgehog’s as a croquet ball!! Not a very pleasant thought.

These are just a few. How many more can you find?

Mongolian folklore has the tale called the clever little hedgehog – This tale involves three friends – a wolf, a fox, and a hedgehog, who compete for the right to eat a plum that fell off from a sack of a passing caravan. In the story, the hedgehog outsmarts his friends (not once, but twice), and wins the plum for himself. This little tale doesn’t mean the Mongolians thought favourably of hedgehogs. They actually believed that if a hedgehog entered your house it was considered bad luck. The reason for this is because hedgehogs walk with their heads down, hiding their faces. This was taken to mean they are not honest or open creatures.

They have had an even worse time in England. During the Middle Ages it was believed that witches could shapeshift into hedgehogs. Therefore you may not be looking at hedgehog but a witch in disguise – out to cause mischief. Due to this way of thinking in 1566 a 3p bounty was put on the head of hedgehogs – dead or alive – by the English parliament! Good job times have changed 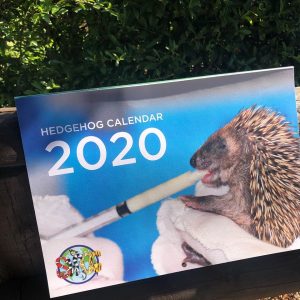 Visit our hedgehog hospital page to find out about our latest patients and our hedgehog tracking programme, or why not sponsor a hedgehog in need.
This site uses cookies. By continuing to browse this site you are agreeing to our use of cookies. OK Read More
Privacy & Cookies Policy
Necessary Always Enabled